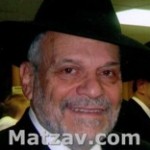 There is no fight as bitter as a family fight. The bitterness and scars remain long after the incident that may have originally sparked it is long since gone and sometimes even forgotten. Many times the bitterness and hard feelings remain even in generations of descendants of the original antagonists, as though somehow genetically transmitted.

So too is the tragedy of the splitting of the Jewish people living in the Land of Israel into two disparate and even warring kingdoms after the death of King Shlomo. In fact, the later commentators opine that all later controversies in Jewish life are but an echo of this original controversy between Yosef and his brothers.

The fact that Yaakov in his final words to Shimon and Levi recalls this dispute and its consequences to them only serves to continue the pain and bad feelings that were papered over when Yaakov came down to Egypt. But now that he is gone, the brothers and Yosef remain wary of each other, with the memories of their dispute irrevocably burned into their psyches.

Such is unfortunately the way in family disputes. That is why one must go to all lengths to prevent such disputes, no matter what or how large the seeming cause may be.

Part of the problem, in my opinion, is that in the dispute with Yosef and the brothers, one side -Yosef – was eventually right and the other side – the brothers – seemingly wrong and guilty. This feeling of guilt and being proven wrong only provokes a greater defensive attitude and a determination not to abandon the blind self-justification that led originally to the divisive incident itself.

Contrast this with the disagreements of Beit Shamai and Beit Hillel, numerous and contentious (312 of them) as they were, that never led to any sort of breakup within the society of Israel. There both sides were right, even though as a practical matter, the opinions of Beit Hillel were in the main followed in halachic practice. The Talmud proclaimed that the opinions of both groups were “the words of the living God.” By avoiding unnecessary condemnation of Beit Shamai, even though its opinions were not to be adopted and practically implemented, the Talmud guaranteed the harmony of the rabbis and of Jewish society.

Within the framework of halacha and tradition there are many varying opinions. Not all of them can be given equal weight and followed but none of them should be the basis of personal dispute and vilification. The lessons of Yosef and his brothers and their controversy should remain for us as a guide in our times and difficulties as well.