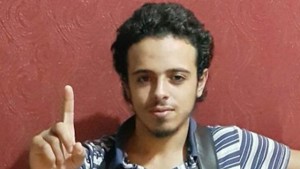 Six terrorists who participated in Friday’s deadly coordinated attacks in Paris had been identified by name by Monday, while the suspected mastermind was said to be Belgian national Abdelhamid Abaaoud.

Details of the six terrorists who have been named have begun trickling out, while much of the events leading up to the attacks remained shrouded in mystery. 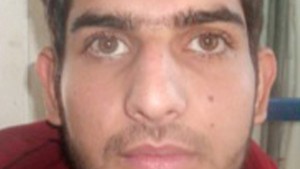 Authorities said eight terrorists had participated in the attacks and that seven had died on Friday – six detonated explosive belts and one was shot dead by police. The eighth attacker fled and was briefly stopped before being released and has not been found.

Ismael Omar Mostefai was the first terrorist to be publicly identified by French authorities. Mostefai, who was 29 and of Algerian descent, lived in Courcouronnes, south of Paris.

Mostefai had a history of petty crime. He was identified via his finger, found in the Bataclan theater, where he blew himself up.

French intelligence began monitoring Mostefai in 2010, when he began spending more and more time at a mosque with known links to radical Islamists – but authorities then lost his trail when he traveled to Syria in 2013. 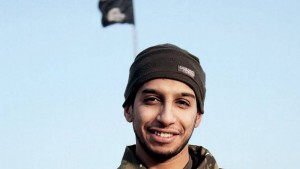 Turkish intelligence said Mostefai entered the country in 2013 but that there was no information indicating when he left. His brother had not spoken to him for years.

According to the Guardian, Turkish authorities claimed to have reported on Mostefai’s whereabouts twice – in December 2014 and June 2015 – after France requested information on him last year. Sources in Ankara said they had not heard back from France until after the attacks.

In 2010, French police opened an “S” file indicating special risk for radicalization on Mostefai. A French local newspaper reported that Mostefai had frequented a mosque in a town near Chartres and may have been influenced by a Belgian Islamist who visited the mosque.

Samy Amimour, who was 28 and a French national, was identified on Monday as another suicide bomber at the Bataclan. He was born in Paris and grew up in the southern suburb of Drancy. According to reports, he worked in Paris as a bus driver until 2012. That year he came under suspicion during a terror-related investigation and was sentenced to house arrest. Nevertheless, he managed to escape the authorities’ surveillance and an international arrest warrant was issued against him.

Amimour’s father, Mohammed, said he travelled to Syria last year to bring his son home, but was greeted coldly and failed to convince his son to return.

Three of his friends and relatives were arrested in an anti-terror operation on Monday morning.

Ibrahim Abdeslam, brother of Salah, has been described as the terrorist who rented the vehicle used by the group. Ibrahim, a 31-year-old French citizen, grew up in Belgium. He blew himself up at a café on Rue Voltaire.

Bilal Hadfi, a 20-year-old Belgian, was one of the suicide bombers at the stadium in which France and Germany were playing a soccer match. According to the Washington Post, he fought alongside the Islamic State in Syria. According to reports, Hadfi lived in Neder-Over-Heembeek, north of Brussels, and radicalized last year. He apparently entered Syria in the spring of this year.

Another suicide bomber who detonated outside the Stade de France was carrying a Syrian passport. If the passport is genuine and belonged to the bomber, he was 25-year-old Ahmad Al-Mohammad of Idlib, Syria. He arrived in Europe on October 7 through the Greek island of Leros, where he was registered as a refugee.

He remained there for four days before passing through a number of Balkan nations, including Serbia. According to a Greek report, he arrived with someone named Mohammad Al-Mohammad. It was unclear whether this other individual was involved in the attack.

Salah Abdeslam was the only terrorist to stay alive after taking part in the attacks. He was still the target of a manhunt as of publication. Authorities believe Abdeslam rented a black Volkswagen used by the terrorists at the Bataclan. He was born and raised in Belgium, but French authorities described him as a French citizen.

French police arrested Abdeslam and three others at the Belgian border a few hours after the attack, but they were permitted to cross the border because they were not in the database of wanted individuals.