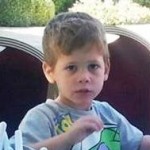 Gila and Doron Tregerman – the parents of 4-year-old Daniel Tregerman, who was recently killed when a Gaza mortar hit their home – sent a letter to United Nations Secretary-General Ban Ki-moon urging him to investigate Hamas for war crimes as part of the U.N. inquiry into the Gaza conflict.

The letter was sent before a three-member panel appointed by the U.N. Human Rights Council (UNHRC) is set to begin an investigation into Israel’s actions during Operation Protective Edge. The UNHRC mandate does not call for an investigation into Hamas’s actions. The Israeli government has called the probe a “kangaroo court” and has promised not to cooperate.

Just days before the final Gaza cease-fire on Aug. 22, Daniel was killed when shrapnel from a mortar landed in his family’s living room.

“Daniel was killed from a mortar shell that was fired by Hamas members from an elementary school for boys in Gaza City. It wasn’t a stray shell. It wasn’t accidental death,” his parents wrote.

“Can you imagine our life, Mr. Secretary-General? How do you live in constant fear of mortar shell and terrorists emerging from tunnels?” they added.