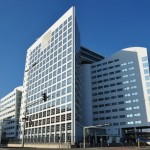 Soon after the beginning of the military campaign, the Palestinian Authority and Hamas, which controls Gaza, announced they would pursue ICC action against Israel.

Israel also announced Thursday it would launch several independent inquiries into incidents that took place during the fighting in Gaza, including the shelling of a United Nations Relief and Works Agency (UNRWA) school.

International law expert Rodney Dixon was quoted in an ICC report as saying that Israel’s announcement may delay the ICC probe, as The Hague’s “prosecutor’s attention is shifted from possibly launching an investigation to whether an investigation by Israel is genuine, and covers the same persons and conduct of any potential ICC investigation.”

According to the report, senior ICC prosecutor Fatou Bensouda has yet to receive “a positive confirmation” from PA Foreign Minister Riyad al-Maliki‎ regarding the Palestinians’ request to launch an official investigation against Israel.

International law experts said that pursuing ICC action may backfire on the Palestinians, as Israel could, as a countermeasure, demand that a war crimes probe be launched against Hamas, both over its use of civilians as human shields during Operation Protective Edge, and over its indiscriminate rocket fire at Israeli cities since 2000.