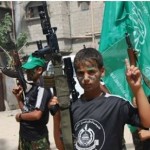 While the Palestinian public and leadership widely support the ongoing stabbing and shooting attacks, several Palestinian intellectuals and journalists, including Hafez Al-Barghouti, the former editor of the PA daily Al-Hayat Al-Jadida and a Fatah Revolutionary Council member, have criticized the attacks, and especially those carried out by children.

They expressed outrage at the participation of teenagers in stabbing attacks against Israelis, claiming that it was not the place of children, and that their childhood and lives must be protected. They accused the leadership of Palestinian organizations of “trading in the blood of children” and sending them to die by encouraging them to carry out such attacks and praising and glorifying those who do.

Some writers also urged Palestinians to avoid harming Israeli civilians. They argued that harming civilians, especially at the present time, harms the Palestinian struggle by causing it to be associated with the global terrorism led by ISIS.