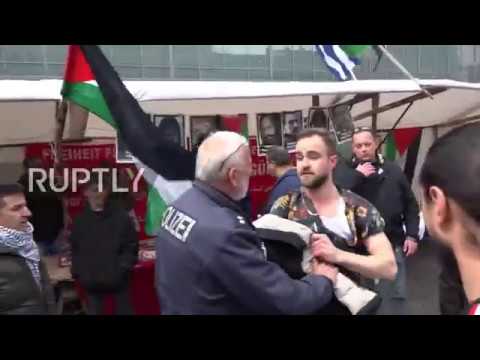 German Palestinians violently attacked the Israeli clarinetist Daniel Gurfinkel in Berlin in the first week of May, according to a YouTube video that surfaced on Thursday.

According to a report by German reporter Ulrich W. Sahm on the website of Audiator, “A dozen hateful Palestinians can be seen beating up Daniel Gurfinkel at an event on a large square.”

Gurfinkel said in a statement: “I walked through Hermann square and saw that there was a demonstration against Israel. I am a resident of the State of Israel. The attack began immediately when I began to support my country with a single word. I’ve been struck on the head and I’m in pain so far. I was in total shock. ”