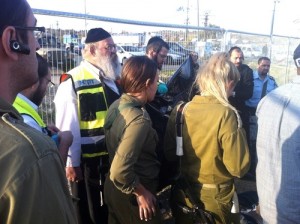 According to Israel’s Channel 2, security forces are discussing steps to separate Israelis and Palestinians in the area in order to prevent more attacks.

Netanyahu said that the families “know that it has in its midst someone who is extreme or someone liable to attack, and a family like that does not have the right to work in Israel.”

Other security measures will be implemented, including checks on Palestinian cars driving on main roads and increased security forces in the Gush Etzion region.