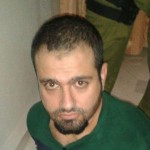 Islam Hamed, was considered wanted by the Israeli security system for a while, especially since his release from detention in the Palestinian Authority. Friday night Israeli soldiers and the Shin Bet’s operatives raided his home and arrested him. This arrest comes five years after he tried to kill several Israelis.

Hamed is a resident of Silwad, northeast of Ramallah. Hamed was imprisoned several times for his involvement in planning terrorist attacks. He was also involved in a shooting attack in September 2010, during which two Israeli civilians, Moshe and Shira Moreno were injured.

Hamed has been jailed in the Palestinian Authority prison without trial. Last July, he was released from detention without Israel’s knowledge, after a hunger strike in jail for a long time. “PA handling of the matter is indicative of the weakness of the Palestinian judicial system,” the Shin Bet said following Hamed’s arrest.