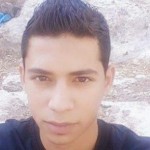 Deemed a martyr for his murder of Israeli civilians, the 19-year-old Halabi has also been honored in other ways, including the Palestinian Authority (PA) naming street after him, Abbas’s Fatah movement bringing soil from the Al-Asqa mosque to Halabi’s grave (so he could “hug the soil for which he died”), and the PA Bar Association awarding him an honorary law degree.