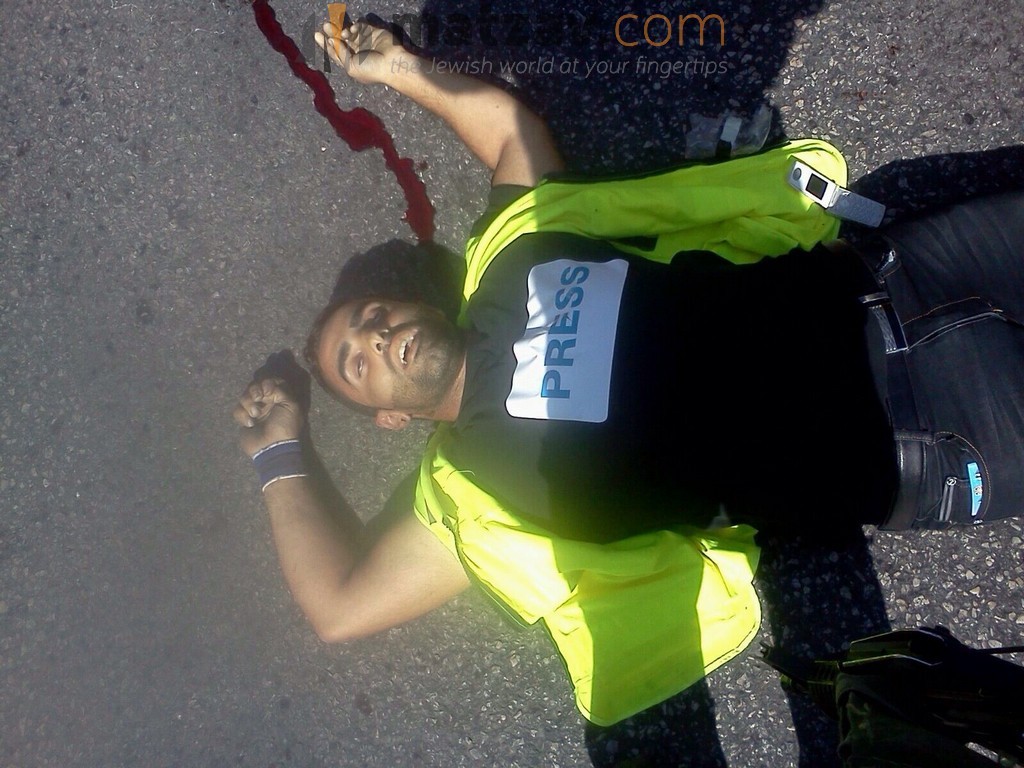 An Israeli soldier was moderately wounded in a stabbing attack near the West Bank settlement of Kiryat Arba near Chevron on Friday.

The Palestinian attacker posed as a photojournalist, and was wearing a yellow “press” vest at the time of the attack, according to the IDF.

The attacker was shot dead by soldiers at the scene.

Magen David Adom paramedics evacuated the 20-year-old soldier to Shaare Tzedek Medical Center in Yerushalayim with stab wounds to his back and arm.

The attack took place near the Zayit Checkpoint on Route 35 outside the settlement of Telem.

Footage showing the aftermath of the latest terror attack, reportedly filmed by a Hamas-affiliated TV crew, was uploaded to social media outlets shortly after the incident.

“The Palestinian assailant disguised himself as a news photographer and attacked the soldier, wounding him moderately. The soldier was evacuated for emergency medical care. Forces on site responded to the threat, shot the attacker, resulting in his death,” the IDF said in a statement Friday afternoon.

The Foreign Press Association condemned the incident as a “worrying development” and called on all “Palestinian media organizations to immediately verify all media credentials.”

“We utterly deplore this violation of press privilege and call on local Palestinian media organizations to immediately verify all media credentials to ensure there are no violations,” the FPA said in the statement.

“This attack was carried out by someone posing as a local Palestinian journalist. All the same, it marks a worrying development that demands that all media operate with heightened caution in the West Bank and East Jerusalem. This incident is also clearly of grave concern to the Israeli security forces. As the FPA, we try to work closely with the IDF and the Border Police to ensure coordination is clear and that all dangers are minimized. We urge the continuation of that cooperation and coordination to avoid any attack like this happening again in the future,” it said. Read more at Times of Israel.