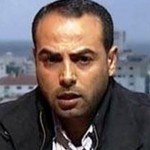 The body of Ayman Taha, a senior Hamas member who was also instrumental in founding the group, was found dead under the rubble in the Gaza neighborhood of Saja’yya.

Though the area was hit hard during Israel’s Gaza operation, Palestinian sources reported Thursday that Taha had not been killed as a result of an IDF attack, but was rather executed by Hamas after being accused of spying for Egypt.

Al Quds news reports that he was executed by Hamas via firing squad for collaboration with Israel, however other Palestinian media said it was his ties with Egypt that led to the execution.

Palestinian officials who spoke to Ynet said his death could have a negative influence on ceasefire talks currently being held in Egypt in a bid to extent the current ceasefire in fighting beyond its 8am Friday deadline.

Taha has held a number of roles in the organization, some of which have landed him in trouble. In a recent feature on Hamas’ funds, Ynet recalled that Taha conducted financial deals on behalf of Hamas officials, who ensured that they received their dividends in cash.

In 2011, Taha himself paid $700,000 for a luxury three-floor villa in the central Gaza Strip; a year ago, he was charged with being an agent for Egypt.

This February, AP reported that Taha was arrested by Hamas over suspected financial misdealings.

Ahmed Bahar, the deputy speaker of the legislative council, said at the time that Taha, who also serves as a spokesman, was arrested in the Gaza Strip. A separate Hamas official said Taha was arrested over “financial issues” but did not elaborate. The official spoke on condition of anonymity because he was not authorized to discuss the arrest with the media. It was not clear when Taha was arrested.