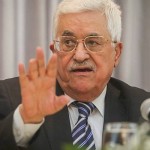 Palestinian Authority (PA) Chairman Mahmoud Abbas had warned that his speech delivered in Bais Lechem on Wednesday evening would be “dramatic,” and indeed it was.

According to PA media outlets, Abbas’s speech was meant to be “ an important declaration and an answer to Israel.”

“There should be no talk about the possible collapse of the PA. There will be no such collapse. Don’t even dream of the PA collapsing,” Abbas stated, seemingly referring to a statement made by Israeli Prime Minister Bibi Netanyahu earlier this week.

“We must prevent the Palestinian Authority from collapsing if possible, but at the same time, we must prepare in case it happens,” Netanyahu said at a security meeting on Monday, Ha’aretz reported.

Abbas attacked the Jewish communities in Judea and Samaria, calling them “a cancer within us, which will disappear one day, the same as it did in Gaza.”

“Overall, there’s nothing new or dramatic about this speech,” an IDF Intelligence analyst told Tazpit Press Service (TPS). “He gave no new information, proclaimed no new intentions or plans, and just generally recycled his own speeches from the recent past.”

However, others believe Abbas’s speech was problematic. “Calling Jewish communities a cancer is nothing short of incitement to terrorism,” Yigal Dilmoni, deputy head of the Council of Jewish Communities of Judea and Samaria, told TPS.

“Abbas proves again that he is no partner for peace. Local and international terrorists are spurred by the incitement coming out of the PA leadership; they hang to such remarks, which lead them to attacks against the Western world,” said Dilmoni.

Abbas also commented on the wave of Palestinian violence sweeping throughout Israel over the past few months. However, rather than outright condemning the deadly stabbings and shootings of Jews by Palestinian terrorists, he settled for a general statement, saying, “We are a peaceful nation, and we condemn violence and radicalism.”

“Riots will continue until the occupation ends. Violence and terror will not stop until our problems are solved,’ Abbas declared.’