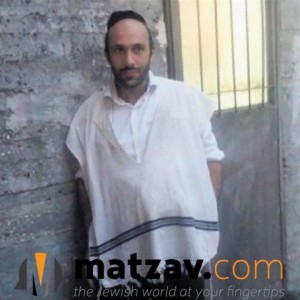 A Palestinian laborer found a creative way to move around freely in Yerushalayim’s chareidi neighborhoods and avoid harassment following the recent wave of terror: He dressed up as a Chassidishe Yid.

Ynet reports that Nasser, a maintenance worker at a yeshiva in the Belzer neighborhood, asked his chareidi friends to help him avoid being attacked by providing him with tzitzis and a yarmulka. He was forced, however, to return to his home in Chevron at his family’s request until the situation calmed down.

The Palestinian worker worked at the shul on Rechov Minchas Yitzchok with cleaning work, renovations and maintenance. On the backdrop of the recent wave of terror, which has been characterized by lone-wolf terrorists, he feared he would be harassed or arrested.

He decided that if he dressed up as a chareidi Jew and disguised his accent, he would be able to able to go on with his work. But the plan was unhelpful.

“The IDF imposed a siege on Palestinian areas, and my family was afraid that I would get hurt and asked me to come home,” he said in a phone conversation this week. “I decided to take time off from work. I don’t know if I have a replacement, but I had to return home.”

Before he left, his friends documented his disguise as evidence of the atmosphere of fear on the streets among Palestinians workers. According to Nasser, even before he decided to stay home, he was forced to repeatedly deal with roadblocks and delays on his way to work in Yerushalayim.