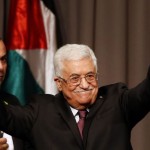 The PA’s decision was reportedly made to help stop incitement to violence by Hamas in the disputed Palestinian territories. The broadcasts of Al-Asqa TV have focused on documenting and encouraging stabbings and other attacks by terrorists during the current wave of Palestinian terror throughout Israel. At the same time, Palestinian Media Watch has long chronicled incitement to violence against Israelis through the PA’s own official print and broadcast media outlets.

PA President Mahmoud Abbas’s Fatah political party is a rival of Hamas, which seized control of Gaza from the PA in 2007.