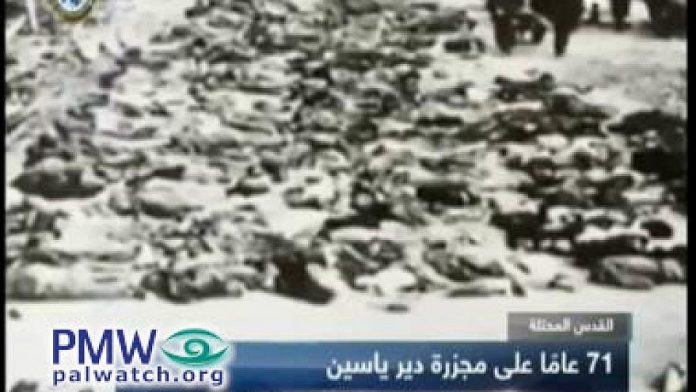 Official Palestinian Authority TV last month broadcast pictures of bodies of Holocaust victims in a Nazi concentration camp, presenting them as pictures of Arabs killed by Jews in the village of Deir Yassin in 1948.

Two other pictures, which P.A. TV also claimed were of Arabs killed in 1948 by Jews, were actually pictures of the the Sabra and Shatila massacre of Palestinians by Christian Phalangists in Lebanon in 1982.

As Palestinian Media Watch has documented, the presentation of Holocaust victims as Arab victims of Israel is a recurring practice of official P.A. TV, which in 2018 presented these same photos from Sabra and Shatila as being from Deir Yassin.

The complete story can be read on the PMW website.