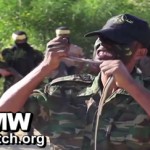 The Fatah movement celebrated its 51st anniversary this past December by airing a television documentary outlining an alleged conspiracy of the European nations in which they invented Zionism as a ploy to rid Europe of its Jewish population.

The documentary, entitled “Fatah: Revolution Until Victory” was exposed by Palestinian Media Watch, a research institute that studies a variety of Palestinian media sources and educational content sanctioned by the PA.

The broadcast traces the Jewish presence in Europe all the way back to the infamous 1290 decree issued by King Edward I, which ordered the expulsion of British Jewry. The decree generated a mass flight from which Jews sought refuge elsewhere and the documentary asserts that Europe would ultimately suffer from opening their borders to the Jewish refugees.