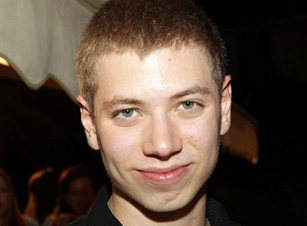 23-year-old Yair Netanyahu, the Israeli prime minister’s eldest son, is dating 25-year-old Sandra Leikanger, a Norwegian communications major he met while the two were studying at the Interdisciplinary Center (IDC) in Herzliya, Israel.

The L.A. Jewish Journal reports that the two have been together since at least the first week of July 2013.

The Israeli media is reporting that Leikanger’s older sister, Ida, lives in Israel and has converted to Judaism. The two girls reportedly grew up in an Evangelical family in the quaint Norwegian port town of Grimstad.

Religious and right-wing members of the Knesset, and Jews around the world, are up in arms over Yair dating a non-Jew.

MK Nissim Ze’ev of the Shas party told the Jerusalem Post, “It’s a big problem. As the prime minister of Israel and the Jewish people, [Netanyahu] must display national responsibility via the values he presents inside his own household. I bet it pains him. Any Jew who wants to maintain his roots wants to see his son marry a Jewish girl. There is no shortage of…successful girls without sowing in the fields of others.”