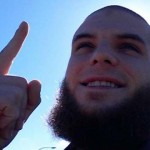 Police in Ottawa now believe that only one gunman, Michael Zehaf-Bibeau, was involved in the shooting at the National War Memorial and on Parliament Hill on Wednesday.

According to law-enforcement officials, no other gunmen are being sought, however the investigation is still ongoing. Zehaf-Bibeau shot Cpl. Nathan Cirillo at the National War Memorial and then raced to Parliament Hill, where he was shot and killed in a gun fight in the halls of the government. He was killed just yards away from the room where MPs hold weekly caucus meetings.

It is not clear yet, however, whether or not Zehaf-Bibeau is part of a larger terrorist network in the country. Read more at the National Post.