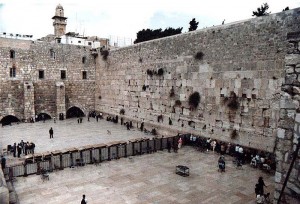 Today, the leadership of the Union of Orthodox Jewish Congregations of America condemned the draft UNESCO resolution that seeks to declare that the Kosel in Yerushalayim belongs to the al-Aksa Mosque compound and should be declared a Muslim site.

The resolution was submitted to the Executive Board of UNESCO, the United Nations’ Educational, Scientific and Cultural Organization, by Egypt, Tunisia, Algeria, Morocco, Kuwait and the United Arab Emirates on behalf of the Palestinian Authority. In addition to its attempt to reclassify the Kosel as the “Buraq Plaza,” the proposal also calls for the international community to condemn Israel for urging “its citizens to bear arms in light of the recent terror wave,” according to Ynet, which obtained a copy of the document.

“This shameful resolution completely ignores the historical connection of the Jewish people to Jerusalem and this particular site—the site of the ancient Holy Temple—which dates back more than 2,000 years. In addition, this resolution is a brazen attempt to rewrite history, and will further inflame the ongoing wave of violence and terrorism against Israeli citizens. We call upon the international community to recognize this resolution for the absurdity that it is,” said Nathan Diament, Orthodox Union Executive Director for Public Policy.