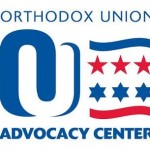 The Union of Orthodox Jewish Congregations of America (OU) called on the United States Congress to pass the “Every Student Succeeds Act,” when it comes to the floor of the House of Representatives this week.

This legislation will reauthorize and revise the Elementary & Secondary Education Act (ESEA), which funds local public school districts for specific purposes, such as remedial reading, teacher training, speech and occupational therapy. The “Every Student Succeeds Act” represents the first major reform to ESEA since 2001, when “No Child Left Behind” was passed, and the first reauthorization to ESEA since 2007. It is time for Congress to move forward on education and pass these important reforms.

While school districts are mandated by law to deliver ESEA services to all students, including those in non-public schools, too often school districts fail to implement these programs. The “Every Student Succeeds Act” includes recommendations from the Orthodox Union that will greatly improve ESEA’s distribution of equitable services for all students.

To help ensure this equity for private school students and teachers, the bill will require the state education agency to create an ombudsman position to monitor and enforce the equitable services provision. Private schools will thus have an advocate within the state agency administering the education policy.

The “Every Student Succeeds Act” also strengthens and streamlines the complaint procedure by which private school students can register complaints with the state or federal education agency, and enforces a timeline by which the state must respond.

These are just a few of the many common-sense and fair reforms that make it imperative for Congress to pass this education bill. “The Orthodox Union has worked with U.S. Representatives and Senators on both sides of the aisle for many years to improve ESEA for all American children—including those in non-public schools. We encourage the House to pass the “Every Student Succeeds Act,” for the benefit of students in private and public schools alike,” said Nathan Diament, Executive Director for Public Policy for the Orthodox Union.