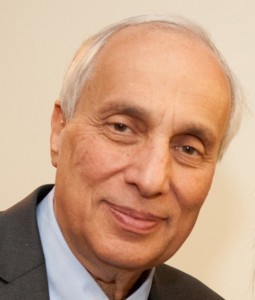 Avi Weiss, the controversial founder of “Open Orthodoxy,” has quit from the Rabbinical Council of America in protest of the organization not allowing members rabbis whose sole ordination is from the Open Orthodox Yeshivat Chovevei Torah school that Weiss founded.

Weiss, also the founder of the International Rabbinic Fellowship, established the “yeshiva” in the Riverdale section of the Bronx in 2000. YCT is now led by Rabbi Asher Lopatin.

“As an act of protest, I have not paid my dues to the Rabbinical Council of America (RCA), and have now allowed my membership to lapse,” Weiss wrote in an email message on Monday, JTA reports. “I have chosen to leave the RCA foremost because of its attitude towards Yeshivat Chovevei Torah (YCT), the rabbinical school I founded years ago. If YCT rabbis – with YCT semikha only – cannot join the RCA, neither can I be part of this rabbinical group,” Weiss wrote.

Weiss has been a frequent critic of the RCA, most recently for centralizing control of Orthodox conversions in America.

Shortly after Weiss made his announcement, Rabbi Shmuel Herzfeld, leader of the Ohev Shalom synagogue in Washington and a former assistant rabbi to Weiss at the Hebrew Institute of Riverdale, announced that he, too, was quitting the RCA.

Among Weiss’ innovations has been granting semichah to women, calling them “maharats” or “rabbas.” The gedolei hador across the spectrum have long said that semichah is not to be granted to women. Weiss and his cohorts at Yeshivat Chovevei Torah and Yeshivat Maharat have ignored the directives of the leading gedolim for years.

The “rabba” debacle began in 2009 when Sara Hurwitz was ordained by Weiss, who, at the time, was weakly condemned by some, including the Chief Rabbinate in Israel, which threatened to stop recognizing his conversions to Judaism. Weiss ignored it all and continued to ordain women. To change things up, Weiss started giving the title of “maharat” rather than “rabba.”

His school, Chovevei Torah, hijacked the title “Orthodox” to describe its affiliation. The leadership has thus acted shrewdly, because they desire to re-define “Orthodoxy” and introduce numerous halachically prohibited practices, while simultaneously taking advantage of everything associated with inclusion in orthodox affiliated synagogues and organizations.

Open Orthodoxy is the brainchild of Weiss, who along with a number of far left rabbis has embarked on a systematic campaign whose aim is to radically change or reform Orthodoxy as we know it. Open Orthodoxy seeks to assume the name “Orthodox,” thereby connoting fidelity to halachah, while openly adapting and advocating precepts that are wholly unorthodox and even anti-Orthodox.

Open Orthodoxy has continued to espouse positions that are more in line with Reform and Conservative thought while still trying to don the mantle of Orthodoxy.

Perhaps the most serious halachic and hashkafic breach is Weiss’ appointing Hurwitz as female rabbi in his shul.

Rav Moshe Feinstein and all major authentic poskim have unequivocally prohibited a woman from assuming the role that Ms. Hurwitz has filled. Rav Moshe Feinstein (Igros Moshe O.C. IV:70.) was asked if it is permissible for a women to publicly recite a tefillah in front of men. From the teshuva we learn that a certain rabbi instituted a custom in his shul that a woman would come down from the Ezras Nashim into the shul and recite a tefillah in English in front of all of the men. Rav Moshe writes, “It is obvious that that this is assur-prohibited. To me it is a wonder that an Orthodox Rabbi should do such a thing.” Rav Moshe goes on to address the petitioner, “You yourself write that Hagaon Rav Yaakov Yitzchak Ruderman has stated that it is assur. It is obvious and clear that that it isassur. I do not understand why this Rav saw fit to translate one prayer into English and to recite it in front of the congregation. Could he not find any man who could translate a prayer in front of the men that he felt compelled to choose a woman. Surely this does not bring toYiras Shomayim. On the contrary this itself [a woman reading a prayer in front of men] is something that is a davar assur-a thing that is prohibited.”

Rav Moshe’s words are clear. The only thing we can add is that if Rav Moshe saw it is assur for a woman to get up in front of a shul to say a prayer even in English, how much more so would he prohibit the conduct of Ms. Hurwitz, who gets up and gives sermons in front of the entire congregation.

Rav Yosef Dov Soloveitchik, Rosh Yeshiva of RIETS and seminal Rabbinic authority of what has become known as Modern Orthodoxy or Centrist Orthodoxy, said, that it’s “Negged HaHalachah–against halachah” for a woman to be a shul president and it’s “Aino Nachon-not right” for a woman to be on the Board of Trustees (quoted by Rav Herschel Schachter, “Kuntres B’Inyanei P’sak Halachahh“, Published in Beis Yitzchok #38 [5766]).

On March 22, 2009, the Hebrew Institute of Riverdale held a formal ceremony officially installing Hurwitz in her new position.

In his own comments at Hurwitz’ installation ceremony, Weiss, said, “Zeh Hayom assah Hashem, nageilah venismicha bo – This is the day the Lord has made, let us rejoice and be happy in it – ki bah moed – for the time has come. Today, we confer on Sara Hurwitz, the title MaHaRa”T – Manhigah Halakhtit Ruchanit Toranit , as she becomes a religious leader in Israel. This title fully reflects everything that religious leadership is about and welcomes Sara as a full member of the clergy. Sara is amanhigah halakhtit, a halakhic leader with the authority to answer questions of Jewish law asked by her congregants and others. Sara is a manhigah ruchanit , a spiritual leader with the qualifications to offer pastoral care and spiritual guidance, and the right to lead lifecycle ceremonies within the framework of halakha. Sara is a manhigah Toranit, with the knowledge to teach Torah, the written as well as the oral law in every aspect of Jewish learning.”

Is Weiss quitting from the RCA a good thing? Will he continue wreaking havoc and influencing others away from the path of Torah? Only time will tell.