Matzav.com has reported in the past about the shenanigans of Shmuly Yanklowitz, an Open Orthodox rabbi and dean of the Valley Beit Midrash in Phoenix, Arizona.

Yanklowitz, who founded the Uri L’Tzedek Orthodox Social Justice organization, had deviated from the mesorah in the past. Now, he’s taking aim at Megillas Esther, calling it “mere religious imagination or political satire.”

On Facebook yesterday, Yanklowitz wrote: “The only way I can morally justify reading Megillat Esther as a religious experience on Purim (given verses 8:11 & 9:16) is to assume the text is mere religious imagination or political satire (not history) emerging from a culture of powerlessness (just enough power to evoke such a violent imagination). Celebrating the story as actual history seems even more problematic today in an era of Jewish sovereignty with unprecedented military strength. How do others grapple with this?” 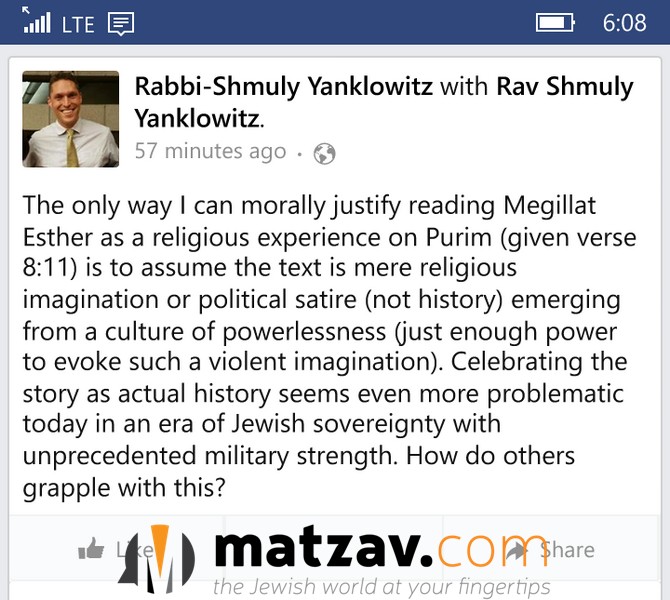