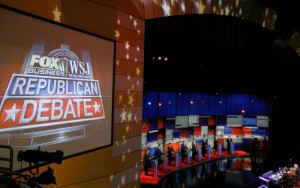 Fox Business Network released the criteria for its upcoming Republican presidential debate and it turns out only six candidates might qualify for the main event.

All other candidates will be relegated to the early “undercard” debate, so long as they achieve at least one percent polling in a recent national poll. Read more at Politico.