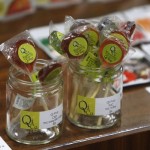 Ohio voters rejected a constitutional amendment on Tuesday that would have legalized marijuana in the state for both medical and recreational use.

The amendment, known as Issue 3, included a proposal to allow the growth of commercial marijuana at just 10 pre-designated farms, effectively giving an early monopoly on the industry to a small group of investors.

The amendment would have also made it legal for adults over 21 to grow up to four flowering marijuana plants and possess up to 8 ounces for personal use. Ohio would have become the fifth state to legalize recreational marijuana. Read more at Cincinnati.com.