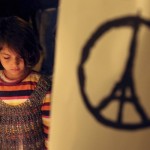 Officials say that those involved in the terrorist attack in Paris on Friday communicated with ISIS members in Syria prior to the atrocity.

The information formally linking these two entities is not completely definitive at the moment, but suggests that the reach of the terrorist organization has begun to extend beyond Iraq and Syria.

American and French officials contend that the organized nature of the attack makes it seem as though they did not act alone. Read more at The New York Times.