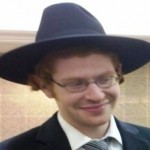 The 23-year-old bochur from Lakewood, N.J., has been missing since Erev Shabbos.

Officials are considering the possibility that the al-Qassam Brigades have played a role in the mysterious disappearance of Aharon, who had been hiking with a friend in the Yerushalayim Forest on Friday when he went missing.

Officials admit that they “don’t have anything concrete” connecting Aharon to the Hamas terror group. However, they point to “prior experiences” and the manner in which Aharon had gone missing in considering the frightening possibility that Aharon might have been taken by the murderous terrorists.

When Eyal, Gilad and Naftali were first taken in June, Hamas denied any involvement in their disappearance. They only admitted their involvement this month, when senior Hamas terrorist thug Saleh Arouri called the killing of those neshamos a “heroic operation.”

Meanwhile, the search continued today and will continue tomorrow in Yerushalayim, while Yidden all over the globe join in tefillah and maasim tovim as a zechus for Aharon ben Chuldah.

Klal Yisroel’s collective heart is with Rabbi Moshe Tzvi and Chulda Sofer, and their extended family, hoping and praying for a positive end to this trying and painful saga.