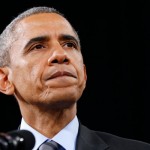 White House Press Secretary Josh Earnest announced in a written statement today that President Obama will host a “Summit on Countering Violent Extremism”–not radical Muslim terrorism – on Feb. 18 and that the event will be held “in light of recent, tragic attacks in Ottawa, Sydney and Paris.”

Here is the text of the White House statement:

“On February 18, 2015, the White House will host a Summit on Countering Violent Extremism to highlight domestic and international efforts to prevent violent extremists and their supporters from radicalizing, recruiting, or inspiring individuals or groups in the United States and abroad to commit acts of violence, efforts made even more imperative in light of recent, tragic attacks in Ottawa, Sydney, and Paris. This summit will build on the strategy the White House released in August of 2011, Empowering Local Partners to Prevent Violent Extremism in the United States, the first national strategy to prevent violent extremism domestically.

“At the same time, our partners around the world are actively implementing programs to prevent violent extremism and foreign terrorist fighter recruitment. The summit will include representatives from a number of partner nations, focusing on the themes of community engagement, religious leader engagement, and the role of the private sector and tech community.

“Through presentations, panel discussions, and small group interactions, participants will build on local, state, and federal government; community; and international efforts to better understand, identify, and prevent the cycle of radicalization to violence at home in the United States and abroad. Additional information regarding participants and the agenda will be provided at a future date.”