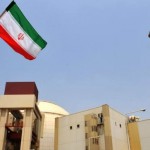 Congress’s efforts to change the rules for some foreign tourists could run afoul of the nuclear deal with Iran, officials in Tehran have warned the Obama administration.

Now, the Obama administration is rushing to reassure Iran, amid a backlash to changes that would make it more difficult for foreigners who have been to Iran to travel to the United States.

This weekend, Secretary of State John Kerry sent Iranian Foreign Minister Mohammad Javad Zarif a letter, promising that changes to the Visa Waiver Program “will not in any way prevent us from meeting our [Iran deal] commitments, and that we will implement them so as not to interfere with legitimate business interests of Iran.”

“There should be no reason why this new legislation interferes with the legitimate business interests of Iran,” State Department spokesman John Kirby added on Monday.

The legislation — which was included in a massive $1.1 trillion federal spending bill that President Obama signed into law last week — makes changes to a program allowing people from 38 nations, such as France and Japan, to visit the U.S. without obtaining a visa.

Travelers would not be able to take part in the program if they are dual citizens of Iran, Syria or other countries linked to terrorism, or if they have visited those countries within the last five years.

Lawmakers and the Obama administration rallied behind the changes in recent weeks, after last month’s terror attack in Paris that killed 130 people. The terrorists in that incident were all European nationals and likely could have entered the U.S. without a visa.

According to Iran, however, the bill unfairly discriminates against their country and threatens to upset the multinational nuclear accord.