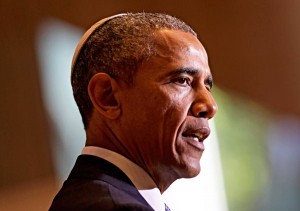 A dismayed President Barack Obama recently vented to his friend and former chief campaign adviser David Axelrod about being perceived by some as a foe to Israel, The Daily Caller reported.

“‘You know, I think I am the closest thing to a Jew that has ever sat in this office,'” Axelrod recalled during an interview. “‘For people to say that I am anti-Israel, or, even worse, anti-Semitic, it hurts.'”

Opining on the deteriorated relationship between the U.S. and Israel, Axelrod criticized Israeli Prime Minister Bibi Netanyahu for caring more about elections than the long-term security of his country.