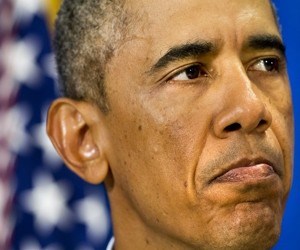 President Barack Obama will give a nationally televised address Sunday on the shooting rampage that killed 14 people in California, as U.S. authorities pursue evidence that the attack was an act of terrorism that may have been inspired by Islamic State.

In remarks from the Oval Office at 8 p.m. Washington time on Sunday, Obama will talk “about the steps our government is taking to fulfill his highest priority: keeping the American people safe” as well as the “ongoing investigation into the tragic attack in San Bernardino,” and “the broader threat of terrorism,” White House press secretary Josh Earnest said Saturday in an e-mailed statement.

Obama will use his address to counter Republicans who have said he hasn’t done enough to defeat Islamic State terrorists in Iraq and Syria. The Republicans have called for more stringent steps in the U.S., including barring refugees from the war in Syria, while opposing Obama’s calls to consider new gun controls.

The president “will reiterate his firm conviction that ISIL will be destroyed and that the United States must draw upon our values –- our unwavering commitment to justice, equality and freedom –- to prevail over terrorist groups that use violence to advance a destructive ideology,” Earnest said in the statement, using an acronym for Islamic State.