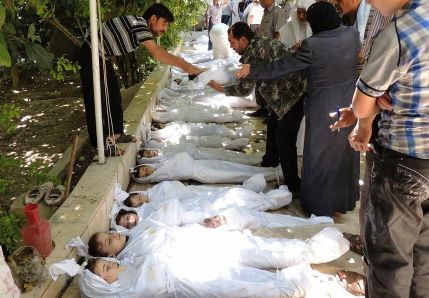 The announcement came as the Syrian government appeared close to allowing United Nations inspectors to visit the site of the reported attack Wednesday on the outskirts of Damascus.

A U.N. spokesperson said Sunday an inspection team is preparing to conduct an on-site fact-finding mission Monday and that Secretary General Ban Ki-moon has instructed the team to make ascertaining the facts “its highest priority.”

The administration official said today that the U.S. intelligence community made the assessment about likely chemical use based on “the reported number of victims, reported symptoms of those who were killed or injured and witness accounts.”

The official said the White House also thinks Syrian President Bashar Assad and his forces originally denied United Nations investigators immediate access to the site of the reported attack to give the evidence time to degrade. In addition, the White House thinks any inspection now will be too late, the official said.