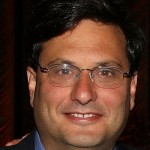 President Obama has appointed Ron Klain, former chief of staff to Joe Biden and Al Gore, to lead the fight against Ebola. Klain left the White House in 2011 to become president of Case Holdings, an investment company.

On Thursday, Obama had hinted at the appointment, saying he hoped to have more regular progress “after this initial surge of activity.”

U.S. Senator Charles E. Schumer released the following statement on the President’s decision to task Ron Klain with coordinating the U.S. Ebola response: “I’ve known Ron Klain for over twenty years. He is smart, aggressive, and levelheaded; exactly the qualities we need in a czar to steer our response to Ebola. He is an excellent choice.”