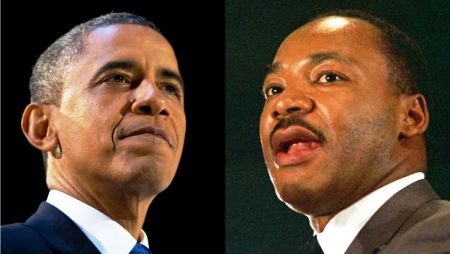 Ahead of the 50th anniversary of the March on Washington, President Obama said that Martin Luther King, Jr. would like his signature law, the Affordable Care Act.

“I think he understood that health care, health security is not a privilege, it’s something that in a country as wealthy as ours, everybody should have access to,” Mr. Obama said in an radio interview with the “Tom Joyner Morning Show” that aired Tuesday. “And starting on October 1, because of the Affordable Care Act — Obamacare — anybody who doesn’t have health insurance in this country is going to be able to get it at an affordable rate.”

“When Dr. Martin Luther King, Jr. spoke at the March on Washington, he described a ‘fierce urgency of now,'” Sebelius wrote. “A half century later, Dr. King’s words have renewed meaning… Because of the Affordable Care Act, we are one step closer to fulfilling the promise, freedom, and opportunity for millions of Americans to live a healthy, secure life.”