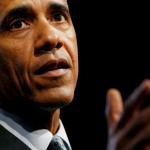 President Barack Obama on Sunday ordered an investigation into whether intelligence reports had been altered to give an upbeat picture of the war against ISIS.

Obama said at a news conference in Malaysia he expected the Pentagon’s inspector general to find “the truth” in allegations that reports from analysts at the United States Central Command, known as Centcom, had been manipulated.

Earlier this year, it was revealed that more than 50 Centcom analysts formally complained that officials were improperly interfering with ISIS intelligence reports.

The Pentagon’s internal investigation has found some Defense Department analysts who said their supervisors had altered conclusions about military failures before signing off on reports, according to the New York Times. Read more at the New York Times.