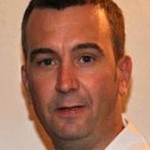 Haines was abducted last year in Syria, and extremists released a video on Saturday showing his beheading.

In the statement released late last night, Obama said the United States stands shoulder to shoulder with Britain in, quote, “grief and resolve.”

“The United States strongly condemns the barbaric murder of UK citizen David Haines by the terrorist group ISIL. Our hearts go out to the family of Mr. Haines and to the people of the United Kingdom,” the statement read.

The United States stands shoulder to shoulder tonight with our close friend and ally in grief and resolve.”

Obama said the U.S. will work with Britain and a broad collation of nations to bring to justice those who committed what he called an “outrageous act.”