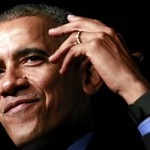 The Obama administration and Congress reached a tentative two-year budget deal that would increase domestic and military spending and raise the federal borrowing limit through March 2017.

The bipartisan agreement would avert an impending default on Nov. 3.

The pact could come up for a House vote as early as Wednesday.

The spending increases would be offset by changes to the Social Security disability payments fund and Medicare payments to doctors, as well as sales of additional broadcast spectrum and oil from the Strategic Reserve.

It remains unclear if House Republican conservatives will support the deal, which may leave House Speaker John Boehner spending his final days as speaker rushing once again to raise support for an unpopular bill.

Boehner has discussed his desire to clear major divisive hurdles before handing the reins over to Paul Ryan, the likely next speaker of the House. Read more at The Washington Post.