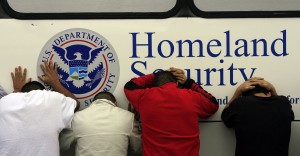 More than 600 convicted criminals, including felons, were among thousands of illegal immigrants freed under the Obama administration in advance of 2013 budget cuts mandated under sequestration.

That’s according to a new report today from the inspector general for the Department of Homeland Security.

According to the IG’s report, at least two-dozen “aliens” were released by Immigration and Customs Enforcement even though they were in a “mandatory detention category.” (After an internal review, ICE later redetained them.)

The report provides a scathing portrayal of budget mismanagement and flawed processes at the highest levels inside the nation’s immigration enforcement agency.

The atmosphere leading up to sequestration in early 2013 was politically charged. President Obama claimed the automatic budget cuts would hurt the economy, health care and emergency responders, and that federal prosecutors would have to “let criminals go.”

Republicans accused the administration of trying to create the appearance of a crisis by making high-profile cuts they claimed were unnecessary, such as halting White House public tours and mass-releasing illegal immigrants.

During the three weeks leading up to sequestration, from Feb. 9 to March 1, ICE released 2,226 immigrant detainees-617 of whom had criminal convictions. Approximately 1,450 were freed the last weekend before sequestration. The field offices that released the most criminal convicts include Phoenix, Houston, Atlanta and Chicago.

Read more at The Daily Signal.