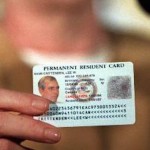 At least 3 million foreign nationals were granted work permits, work visas, and green cards in 2013, with most being granted to individuals from Mexico, China, and India, according to the most recent data issued by the Congressional Research Service.

The disclosure of the ongoing uptick in visas and green cards comes amid a larger debate on Capitol Hill about tightening immigration restrictions in light of recent terror attacks and concerns about the U.S. workforce.

The total number of foreign workers in the United States stands at 26 million as of 2014, according to numbers issued by the Bureau of Labor Statistics.

“All foreign nationals who gain lawful permanent resident status in the United States are eligible to work, regardless of what preference category or class they entered through,” according to a congressional research memo obtained by the Free Beacon.

These numbers are likely to increase in the next year as Congress prepares to approve a sprawling funding bill that critics say will do little to alter Obama administration plans to boost work permits and visas, as well as permit some 10,000 Syrian refugees to relocate to America.