An anonymous coward defaced a New York City subway car with Nazi Swastikas, and the riders came together to immediately erase any trace of the offensive graffiti.

The story, posted to Facebook last night by a New Yorker named Gregory Locke, goes like this:

I got on the subway in Manhattan tonight and found a Swastika on every advertisement and every window. The train was silent as everyone stared at each other, uncomfortable and unsure what to do. One guy got up and said, “Hand sanitizer gets rid of Sharpie. We need alcohol.” He found some tissues and got to work. I’ve never seen so many people simultaneously reach into their bags and pockets looking for tissues and Purel. Within about two minutes, all the Nazi symbolism was gone. Nazi symbolism. On a public train. In New York City. In 2017. “I guess this is Trump’s America,” said one passenger. No sir, it’s not. Not tonight and not ever. Not as long as stubborn New Yorkers have anything to say about it.

Locke also posted a series of photos documenting his story: 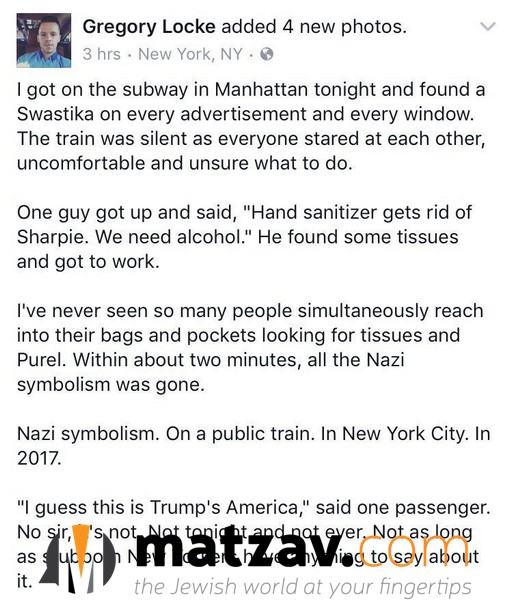 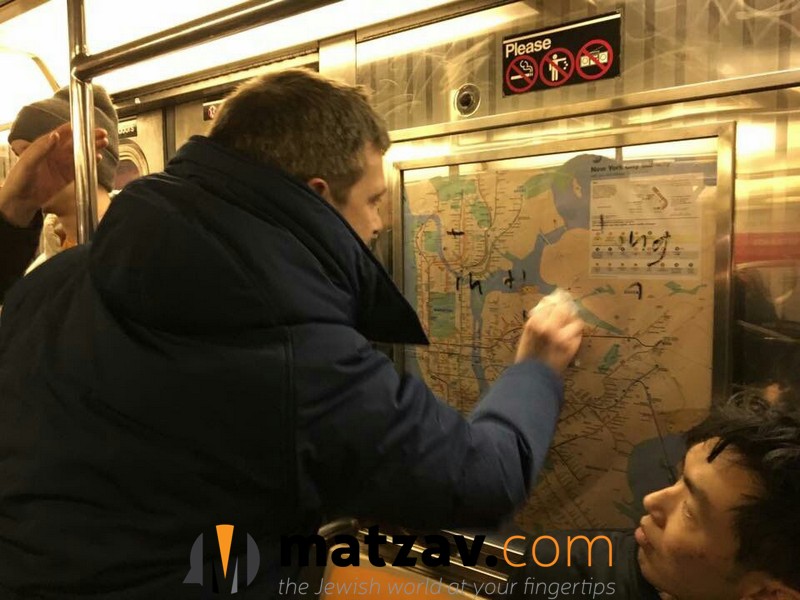 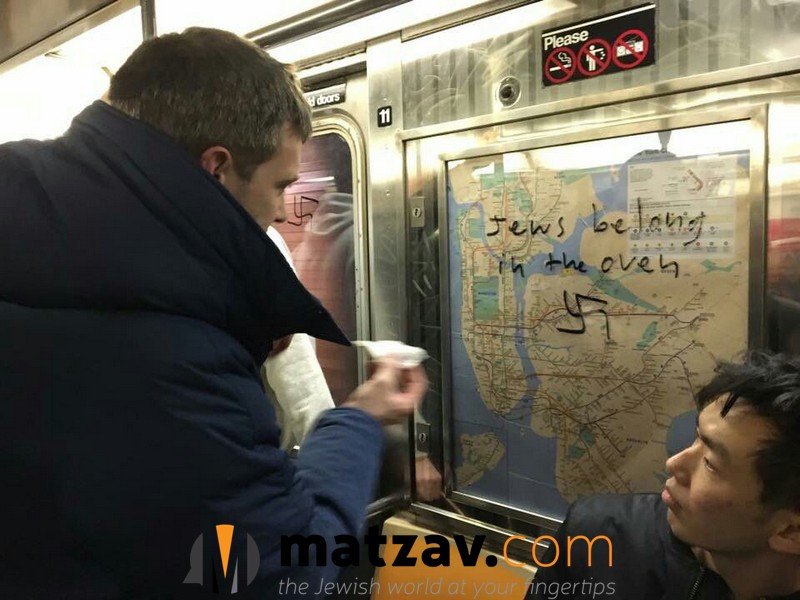