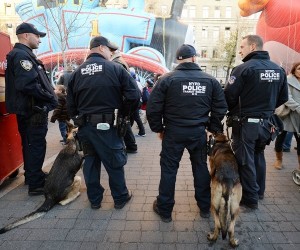 New Yorkers are feeling more anxious about crime, but statistics show the rate is actually at a historic low, The New York Times reports.

Gun violence spiked early in the year, but 2015 ended with a decrease there as well.

“As we end this year, the City of New York will record the safest year in its history, its modern history, as it relates to crime,” Police Commissioner William Bratton said during a December 17 promotion ceremony, the he also noted the year had been “terrible” for the department because four officers had died in the line of duty. Read more at NEWSMAX.