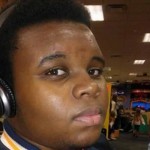 The New York Times is defending its characterization of Michael Brown as “no angel” in an article. “Michael Brown, 18, due to be buried on Monday, was no angel, with public records and interviews with friends and family revealing both problems and promise in his young life,” the story reads.

Brown was shot earlier this month by a police officer in Ferguson, Missouri, sparking weeks of protests and unrest in the town. The Times article drew criticism and a hashtag on Twitter, “#NoAngel,” with users describing their own run-ins with the law.

In an interview with The Washington Post’s Erik Wemple, New York Times National Editor Alison Mitchell said the description connects to the lead paragraph of the piece, which describes a moment in Brown’s life when he thought he saw an angel.

“I think, actually, we have a nuanced story about the young man and if it had been a white young man in the same exact situation, if that’s where our reporting took us, we would have written it in the same way,” Mitchell told Wemple.

Times Public Editor Margaret Sullivan wrote in a post on Monday afternoon that the “no angel” term was “an ill-chosen phrase” :

“In my view, the timing of the article (on the day of Mr. Brown’s funeral) was not ideal. Its pairing with a profile of Mr. Wilson seemed to inappropriately equate the two people. And “no angel” was a blunder,” Sullivan wrote.

Sullivan also interviewed the reporter who wrote the article, John Eligon, who said he agrees “no angel” was a poor choice of words. Eligon also said he pressed editors on another part of the article that’s drawn crticism – Brown’s interest in rap.