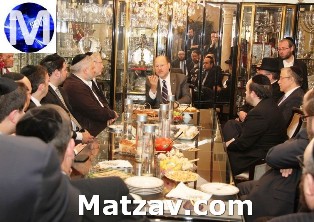 Flatbush, Brooklyn – Republican Mayoral candidate Joe Lhota visited with the FJCC leadership on Sunday to explain why he should be the Flatbush community’s choice for Mayor of New York City. Previously he had attended an FJCC event in September.

At an hour long, non endorsement, meeting held at the home of FJCC Board Member Aaron Tessler, Mr. Lhota laid out his vision for New York City, including issues of special concern to the Orthodox community, including freedom of religion, options for increased Yeshiva and tuition assistance, additional bussing assistance, as well as small business, crime and home ownership concerns.

He explained that although behind in the polls, he will be a forceful candidate in the coming weeks, contrasting his conservative views with those of his opponent. He pledged to work with the FJCC leadership and other Jewish groups if elected to address the many needs and concerns of this thriving community.