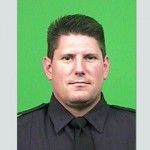 A New York City police detective was among the six U.S. troops killed Monday in an attack by a suicide bomber on motorcycle near Afghanistan’s Bagram Airfield. Joseph Lemm, 45, was on his third tour of duty in a conflict zone, officials said.

The detective was a 15-year veteran of the New York Police Department and was assigned to the Bronx Warrant Squad, Police Commissioner William Bratton said in a statement Monday night.

Lemm had been promoted to detective in 2014 and served in the Air National Guard. He was in his second National Guard deployment to Afghanistan and had previously served in Iraq. Read more at The New York Times.