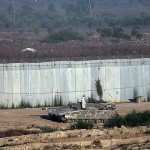 The conflict in Gaza is replete with asymmetries: the number of civilian casualties on either side, the amount of destruction, the types of weapons used and technological capabilities of the Israel Defense Forces (IDF) and Hamas, or the resources poured into shelter and defense of civilians from attacks.

But asymmetric is not synonymous with disproportionate. When we talk of asymmetries, we compare facts to measure the effects or capabilities of the two sides – the IDF has precision-guided munitions whereas Hamas has rockets that cannot be aimed with any discrimination or precision; hundreds of Palestinian civilians and militants have died while a few Israeli civilians and 40-plus Israeli soldiers have died.

Proportionality, however, is a legal term with a specific legal meaning. It is one of a set of fundamental legal obligations that helps to minimize suffering during wartime. The principle of proportionality forbids attacks in which the expected civilian casualties from the attack will be excessive in relation to the anticipated military advantage gained.

Second, the principle of proportionality accepts that not all civilian deaths during war are unlawful. The law recognizes the complexity and fluidity of the operational environment – including the location and movement of both enemy personnel and civilians, weather, terrain, capability of weapons and personnel, enemy tactics and conduct, for example – and seeks to minimize civilian harm while accepting that such harm cannot be eliminated altogether.

Fourth, proportionality is a prospective analysis, as the wording of key treaty provisions highlights: “expected” civilian casualties; “anticipated” military advantage gained; and “in the circumstances ruling at the time.” Commanders must assess whether the risk of civilian harm is excessive given the anticipated military advantage based on information about the target, about civilians in the area and their patterns of movement, about the weapons being deployed and their known or anticipated blast radii or other consequences, and a host of other considerations. The lawfulness of attacks then depends on whether those assessments were objectively reasonable based on the information available at the time of the attack. Hindsight has no role here.

There is no doubt that, after an attack, the urge to simply count up the casualties and declare a war crime is powerful. However, an effects-based analysis – that is, using the numbers of casualties and extent of destruction to make legal claims – is simply incorrect. The law does not require that commanders be right all the time. The law also does not require perfect accuracy in targeting. But it does require extensive steps to protect civilians and reasonable judgments about the potential harm to civilians and the actions needed to minimize that harm.

This methodology is not designed to give militaries a free pass for causing civilian deaths. In fact, judging the legality of an attack solely on the actual effects of that attack actually does far less in the end to protect civilians from suffering during war.

First, an effects-based analysis gives commanders no way to know, at the time of the attack, how to determine the parameters of lawful conduct. Many commanders might well simply disregard the law entirely as no longer relevant – an invitation to unrestricted warfare and much greater harm to civilians. It is undoubtedly more protective to follow the law of war’s central obligations: attack only military objectives; refrain from indiscriminate or disproportionate attacks; and take precautions to minimize harm to civilians through choice of weapons, provision of warnings and other steps.

Second, a focus on effects incentivizes the enemy to simply surround itself with civilians in every conceivable location and circumstance, effectively guaranteeing greater civilian casualties and increased civilian suffering. As the United Nations Secretary General has reported, along with media around the world, Hamas does exactly that, storing weapons in schools, hospitals and mosques and locating tunnels under residential houses, mosques and other civilian property.

Importantly, Hamas’s use of the civilian population as a shield – a blatant violation of the law of war – does not in any way absolve Israel of its obligations to comply with the law’s fundamental obligations to protect civilians, including the principle of proportionality. But the effects-based analysis, or numbers game, not only minimizes Hamas’s legal responsibility for such civilian harm, but actually rewards it for exploiting the law’s protections for civilians by suggesting – wrongly – that every civilian death in Gaza is an Israeli war crime.

For both legal and practical reasons, therefore, conflating asymmetry and proportionality is both inaccurate and harmful to the law of war’s core purposes. Disproportionate does not mean asymmetric, nor does it mean “more than.” And asymmetrical does not mean disproportionate, nor does it mean criminal. They are simply wholly different concepts: one a factual game of numbers and one a comprehensive legal analysis.

Indeed, widely different numbers of civilian casualties between two sides in a conflict says nothing about the proportionality of particular attacks on specific targets. News reports of civilians killed or wounded in the course of combat in Gaza tell us of tragedy and loss. They tell us of the horrors of urban warfare and the challenges of fighting against a terrorist group bent on using the civilian population as a shield for its operatives, rocket launchers and weapons caches. They tell us that we must be more vigilant in condemning and holding accountable those who exploit civilians for tactical and strategic advantage. They tell us that commanders launching attacks must fulfill all obligations to minimize civilian harm and be held accountable when they do not. But numbers of casualties alone do not provide answers about proportionality or legality – you need both law and all the facts, not just numbers, to do that.

Blank is clinical professor of law and director of the International Humanitarian Law Clinic at the Emory University School of Law.