It is with great sadness that Matzav.com reports the passing of Mr. Larry Gates of Fair Lawn, NJ. He was 63.

Larry passed away on Thursday morning from multiple myeloma. Since being diagnosed seven years ago, Larry faced his illness with strength and positivity, inspiring other cancer patients, friends and family with his unwillingness to let the disease defeat him.

He was a bass player and singer, while enjoying a long and successful career as an audio engineer, music composer and producer. He worked in respected recording studios in the New York metropolitan area in his earlier years and co-founded and owned Newfound Sound, a music production house in Fair Lawn and then New York City, with long-time friend Larry Hochman.

He eventually moved his operation to a home studio and rebranded as Gater Music, Inc., providing recording, mixing, producing and guidance to legions of musicians across generations and genres.

He was known throughout the Jewish music world for his decades of contributions nurturing artists, producing acts, recording and mixing records with that “Larry Gates sound,” for understanding what they wanted for their projects, always delivering with his trademark style. Many in the Jewish music business have insisted on “mixing by Larry Gates” as a mandate for their records, on which he also played, sang and provided novelty voices when needed. Many HASC, Ohel and Kinnus Conventions bore his professional mark as well. 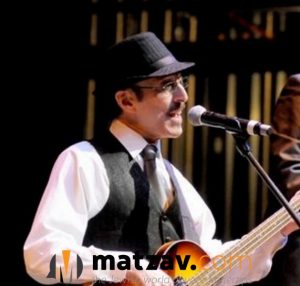 Larry is remembered by countless music professionals, business associates and friends as a mentor and guide, as someone who enriched their lives. Many have said they are better people for having known and worked with him, and that he changed their lives through his teaching, friendship and wise counsel over the years.

He is survived by his wife of 23 years, Caryn Starr-Gates, daughter Ariana and brother Bruce; he is predeceased by his parents Leslie and Ruth Gates.

The levaya was held today at Louis Suburban Chapel in Fair Lawn, followed by kevurah at Cedar Park-Beth El cemetery in Paramus.

Thanks to Larry’s family and friends, and The Record, for the information in this tribute.