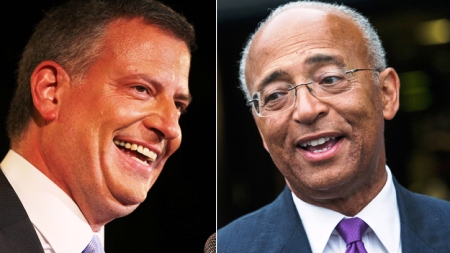 Here’s what we know for sure in the New York City mayoral race: Bill de Blasio definitely won the most votes in the Democratic primary and Joe Lhota won the Republican nomination. But the Board of Elections said it would hold a recount in the Democratic race, since de Blasio captured 40.21 percent of the votes cast-hovering just barely above the magic threshold of the 40 percent needed to avoid a runoff.

Results of the recount are expected next week, giving second-place finisher Bill Thompson another week in the race. If a recount puts de Blasio under 40 percent, a runoff will be held on Oct. 1 with Thompson, who won 26 percent of the vote.