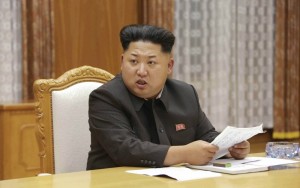 North Korea’s KCNA news agency had earlier said discussions were proposed for next week and are expected to take place in the Panmunjom truce village on the heavily militarized border.

The meeting would be the first of its kind since a standoff between the two nations escalated in August.

As part of a deal to end the clashes, Pyongyang and Seoul agreed to resume talks. The two countries are technically still at war since the 1950-53 Korean War ended in an armistice, and not a peace treaty. Read more at BBC News.