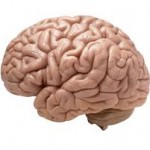 A new study by Israel’s Tel Aviv University used more than 1,400 MRI scans to demonstrate that human brains cannot be categorized as “male” or “female.”

Joel completed the study in conjunction with other Tel Aviv University researchers, as well as scientists from the Max Planck Institute in Leipzig and the University of Zurich.

Published on Monday in the journal Proceedings of the National Academy of Sciences, the study weakens popular claims that men and women have “different brains” and should be taught or treated differently based on gender.