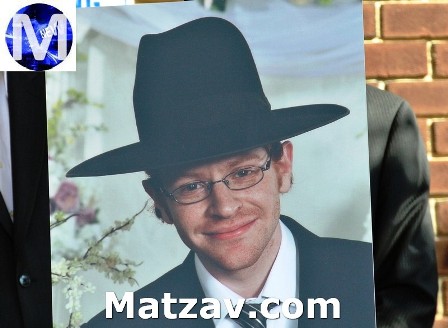 With the approbation of Rav Aharon Leib Shteinman, a group of talmidim of Yeshivas Mir Yerushalayim joined the search today for Aaron Sofer, a 23-year-old talmid at Rav Tzvi Kaplan’s Yeshivas Kodshim in the Ezras Torah section of Yerushalayim. Aharon has been missing since Friday.

One Israeli website reported that Rav Shteinman instructed only Israeli bochurim, not Americans, to join the search.

Aharon’s parents, Rabbi Moshe Tzvi and Mrs. Chulda Sofer of Lakewood, NJ, are offering a $28,000 reward for anyone who can help locate their missing son.

Aharon has been missing since Erev Shabbos, when he and a friend went on a hike in a difficult rocky and wooded portion of the Yerushalayim Forest. At some point during the hike, Aharon and his friend apparently became separated, with Aharon never emerging.

“The police are working tirelessly on all fronts, and all options are being strongly investigated,” Aharon’s father said, “We would like to thank the American Consulate, the office of the Consul General, the FBI and the Israeli Police and Zaka for all their efforts in trying to find our dear son Aaron.”

Reb Moshe Tzvi was joined at the search site by his brother-in-law, Rabbi Osher Eisemann, founder of SCHI in Lakewood, and others, under the direction of Rabbi Bentzion Oiring, the indefatigable pillar of Zaka.

Meanwhile, atzeres tefillah gatherings were held in dozens of yeshivos and shuls in Lakewood and elsewhere.

Many family members and friends are deeply worried about Aharon in light of Hamas’s kidnapping of three Israeli teens – Naftali Frankel, 16, Gilad Shaar, 16, and Eyal Yifrach, 19 – in June.

“It’s scary to think what possibly could be the ramifications,” Sofer family neighbor Tzvi Meth told New York’s CBS 2. “Great fear is that he was accosted; he was taken away, kidnapped.”

The search today continued to focus on the Yerushalayim Forest with the assistance of helicopters.

One of the volunteers told Matzav.com that, in truth, the Yerushalayim Forest – a pine forest surrounded by the Yerushalayim neighborhoods of Beit Hakerem, Yefeh Nof, Ein Kerem, Har Nof, Givat Shaul, and Beit Zayit – is actually not that large. The forest was planted during the 1950s by the Jewish National Fund. At its largest, the forest extended over about 4 square kilometers. Over the years, it has shrunk due to urban expansion. Today it covers about 1.2 square kilometers.

The Yad Vashem museum is located in the forest near Har Herzl.

The forest acts as a refuge for wildlife, and there are packs of jackals that inhabit the forest.

Rabbi and Mrs. Sofer met last night with Mrs. Rachel Frenkel, mother of Naftali Frenkel, in Sanhedria, Yerushalayim, along with Rabbi Oiring. Mrs. Frenkel offered words of chizuk to the Sofers and they spoke privately for several minutes.

One source involved in the search indicated that while Zaka, Ichud Hatzolah and others have been working tirelessly to find Aharon since Shabbos, the initial response by Israeli Police was extremely disappointing.

“It is criminal that they didn’t react with the vigilance they should have displayed right away,” said the source.

With Aharon now missing for six days and with increased exposure due to a large-scale press conference yesterday in Lakewood and coverage in national and international news outlets, there has been greater cooperation by various agencies. FBI representatives are currently in Israel, taking part in the operation to find Aharon along with Zaka, Ichud Hatzolah, the Israeli Police, the Shin Bet, and others.

In terms of the search, a leading member directing the search tells Matzav.com that there are virtually no clues as to what happened to Aharon. “It is as if he vanished,” the source said. “It is frustrating, as we have little to go on, but we will continue to do what we have to. We cannot rest until we find Aharon. May Hashem be with us.”

All are asked to keep davening for Aharon ben Chulda.