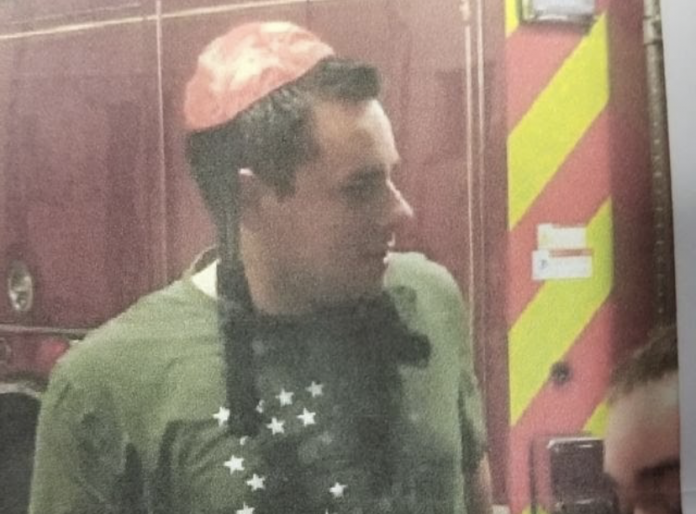 Photos of a Maywood police officer dressed in the traditional style of an Orthodox Jewish man prompted an internal investigation and led officials in Rochelle Park, where the officer is a firefighter, to require anti-harassment training for all township volunteers.

Rochelle Park officials say Pete Donatello III has been disciplined by the fire department for wearing a yarmulke and payes during a party at the township firehouse.

It remains unclear how Donatello was punished, as township officials have either declined to comment or said they didn’t know exactly how the fire chief has handled it.

“It’s bad enough to parade around a building, but to put it out for the Public to fully see is another issue,” an anonymous letter publicizing the photo read. “This gentleman being a Fire Chief and more importantly a Police Officer should have known better with what he was doing.”